That sums me up in a nutshell

Massive thanks to Jon and his team at Reverse Gear Inc  for their support and for this blog on their website. It does sum me up in a nutshell 😀👍


Nic Christie is an ambitious rider in Portsmouth, UK, who is raising money and awareness for Bowel Cancer UK, the UK’s leading bowel cancer charity. We’re sponsoring him with some of our clothing for his latest adventure… 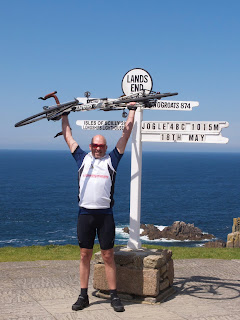 Nic took up riding only in 2012 at 46 yrs old and rode from Portsmouth to Penzance for Children In Need.
The following year in 2013, he tackled JOGLE – John O’Groats to Lands End, i.e. from the top all the way to the bottom of the UK, about 1000 miles! He and a colleague from work rode unsupported and completed the ride in 12 days, this time riding to raise money for Bowel Cancer UK (a disease which unfortunately took Nic’s mother around the same time). En route, Nic had to visit a hospital with a damaged knee but still managed to complete the ride (against medical advice he received at the time!).
That ride raised over £3,000 but Nic had to give his knee some time to recover once it was over. 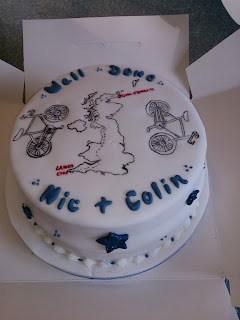 By 2015, he was recovered enough to attempt the other direction, LEJOG or Lands End to John O’Groats, and that time he raised over £5,000, again for Bowel Cancer UK. Unfortunately, that ride revealed some persistent back issues that were made worse riding an upright bike. But he has since found that riding a recumbent trike doesn’t cause any problems so he is about to attempt another major ride for Bowel Cancer UK, this time riding an ICE Sprint 26.
He will be riding from North to South France around May 2019 and he’s planned the route so that he’s taking in the infamous Mount Ventoux, a serious climb ‘enjoyed’ by many Tour de France riders! 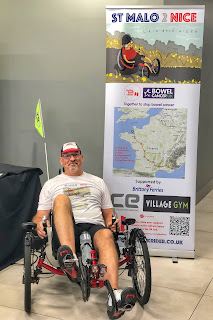 Bowel cancer is a disease that kills over 16,000 in the UK alone. Bowel Cancer UK has a big dream that “by 2050 nobody will have to die from bowel cancer”. Nic is hoping that through his rides he can help them get a little closer to making that a reality. We’re glad to provide a little help for him on this ride with some of our recumbent clothing.
He is already sharing his preparation through his website at http://www.laidbackrider.co.uk/. We wish him every success and look forward to following his progress online! If you’re interested in his ride and would like to provide any assistance or support, I’m sure he’d be delighted to hear from you.