Back up.. so this will be my back up navigation system. I have the Hammer Karoo  as my main navigation device with routes and maps downloaded. Although this is an awesome computer there are still some odd days when it doesn’t behave itself, firmware updates are making bugs less common. Still better to be safe. Now many cyclists may already be using their phones to clock their rides etc however when you are most likely to be riding over 10 hours on several days the phone is soon going to be out of charge. Also I wanted the phone in a similar place to the computer.so I opted for a wristband which can rotate to an upright position, handy for photos as my phone will be my camera  ( although I probably will also take the GoPro session) so that solved the first problem. Now was the battery drain , for this I have a small Anker powerbank 5000mh. The case for which I stitched to the wristband. I also purchased a short iPhone cable and there you have it . The only other thing I have added is a small quick release hand strap which one end is connected to the iPhone case, just in case the phone should pop out of the wristband. Test ride with a live tracking app ( rwgps) Kamoot ( my cycling route app) and iTunes indicated there was no drain on the power bank or phone after an hour so that should be good for a whole day . I’m out for 4 hours tomorrow so I’ll see how it goes... that’s it for now feel free to get In touch 👍🇬🇧🇫🇷😁 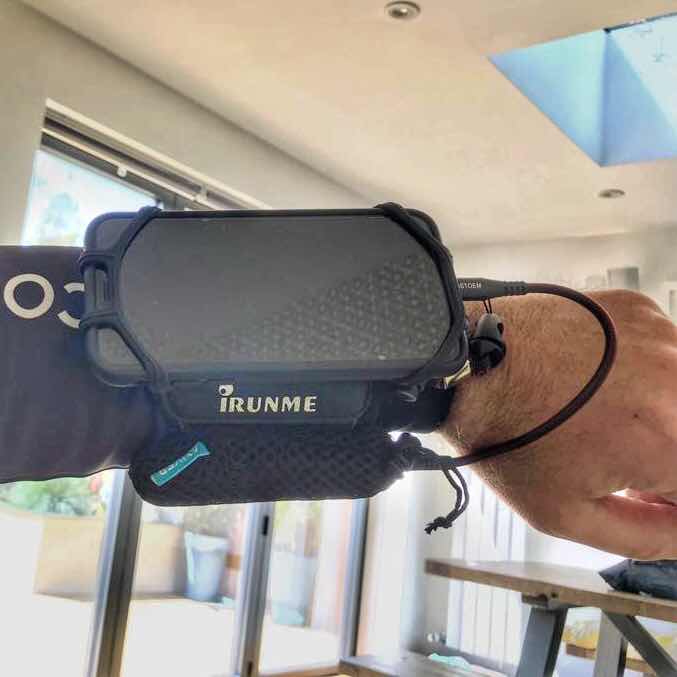