Did I say yesterday you always get at least one day of two halves, well the second is today ! I have a feeling there might be more. But before I ramble on ... Lizzie are you listening? ... ok here’s your promise NO MORE GRAND 12 DAY TOURS.... there,  done can’t go back now ( disclaimer .. doesn’t inc mini tours of less than 7 days 😉) 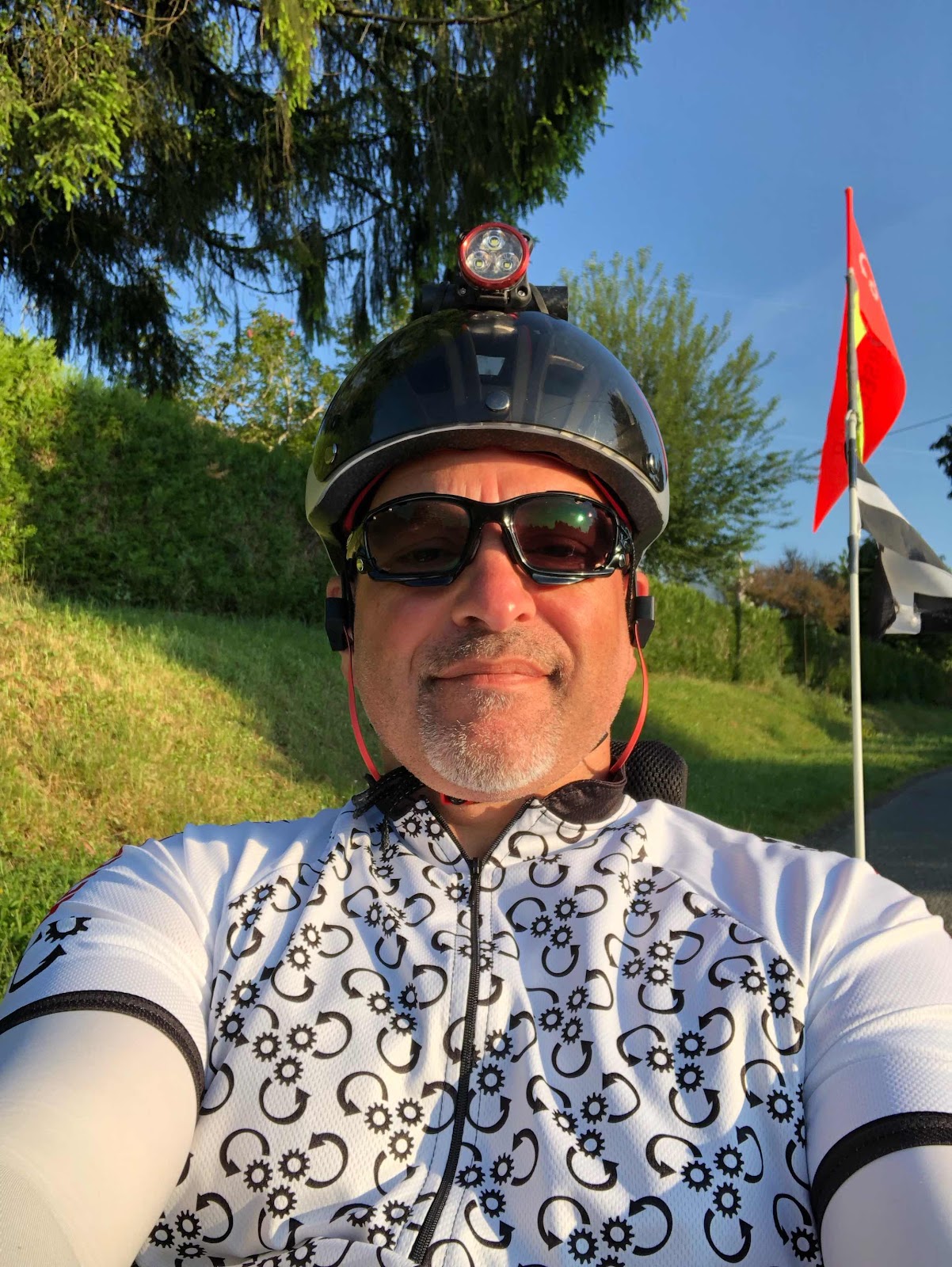 So today we start with a warning. Be careful what you wish for! .. leaving this morning Jeff and ELO made good on a promise a few days ago and was indeed no clouds insight. 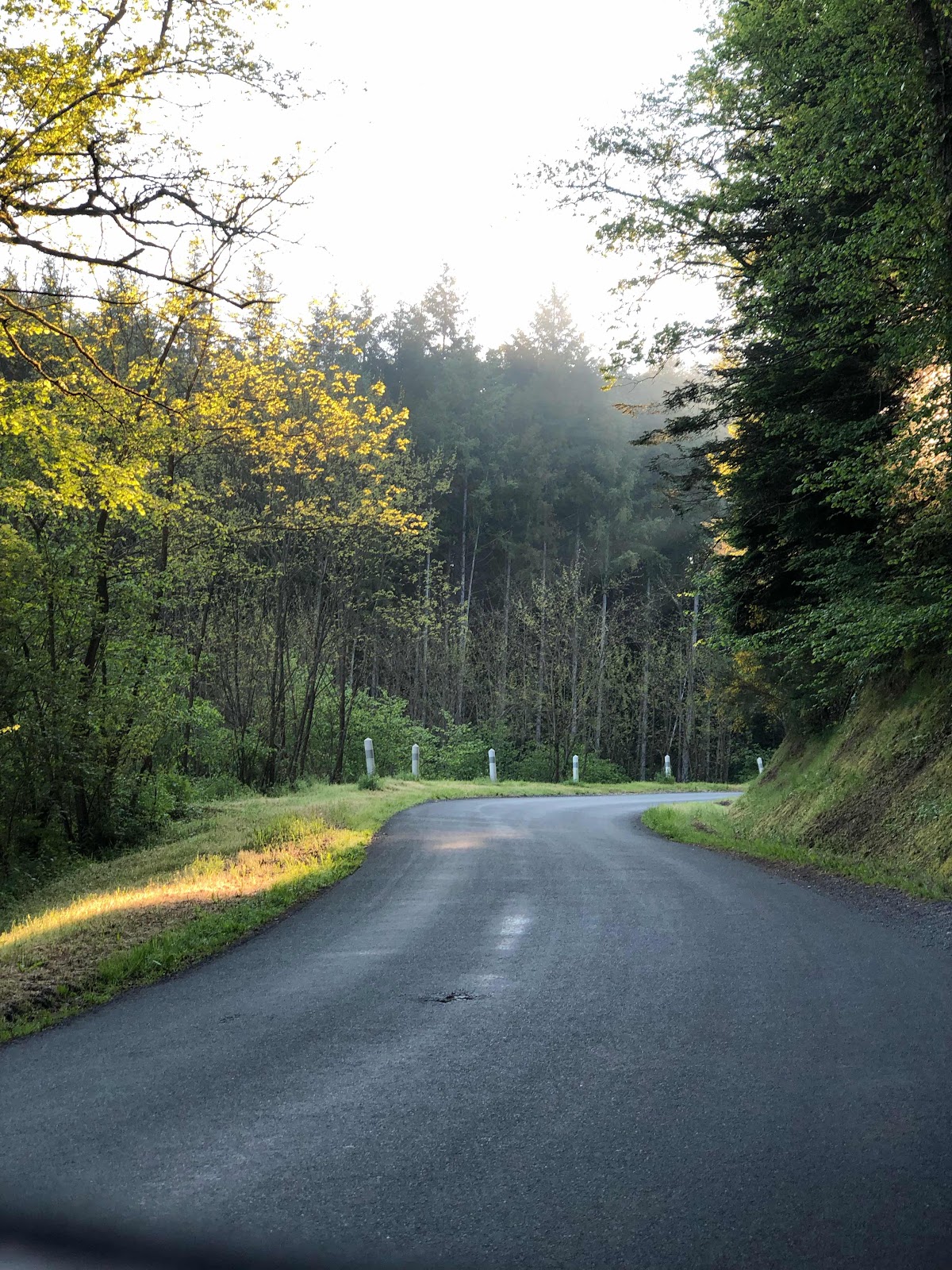 I was in and out of the woods and up and down like a yo-yo. However I was keeping a promise to my legs that I’d only use the middle and small chainrings today... truth be told I couldn’t have used the big one anyway 😂 doubt I’ll be using it at all for the rest of the trip

There were a few flat bits and it was a good job. 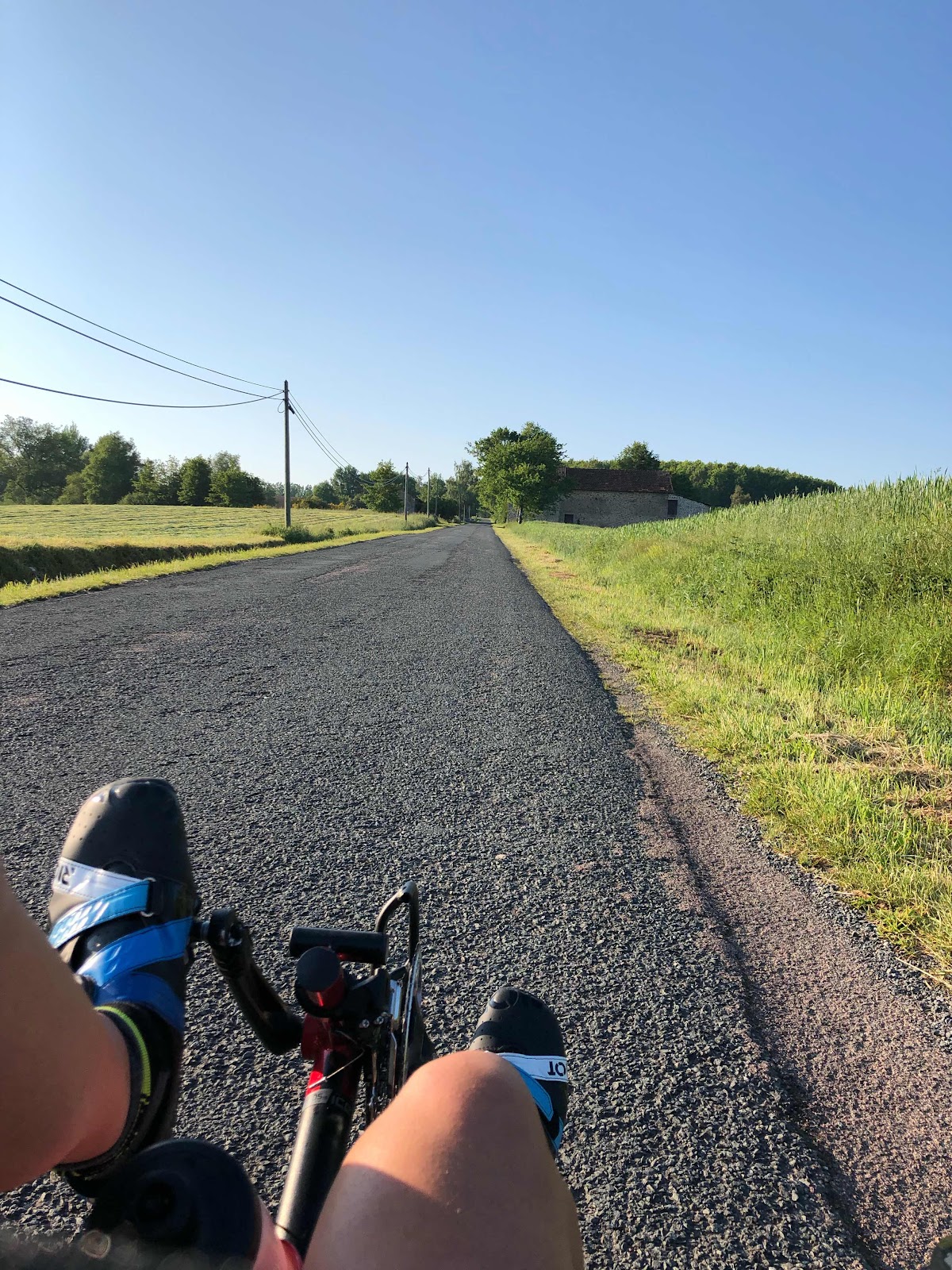 Can you make out that building up ahead well as I approached I had another sort of ‘black dog’ ( see yesterday’s blog) to contend with, well two and a black and white one . Barking and running alongside, one seemed intent on trying to stop my progress. I wasn’t sure if that was to let his mates lick me to death or savage me. But I wasn’t slowing down to find out and it took quite a while for them to give up! I’d not done much more than 15 miles but I was stopping as somewhere was open ! 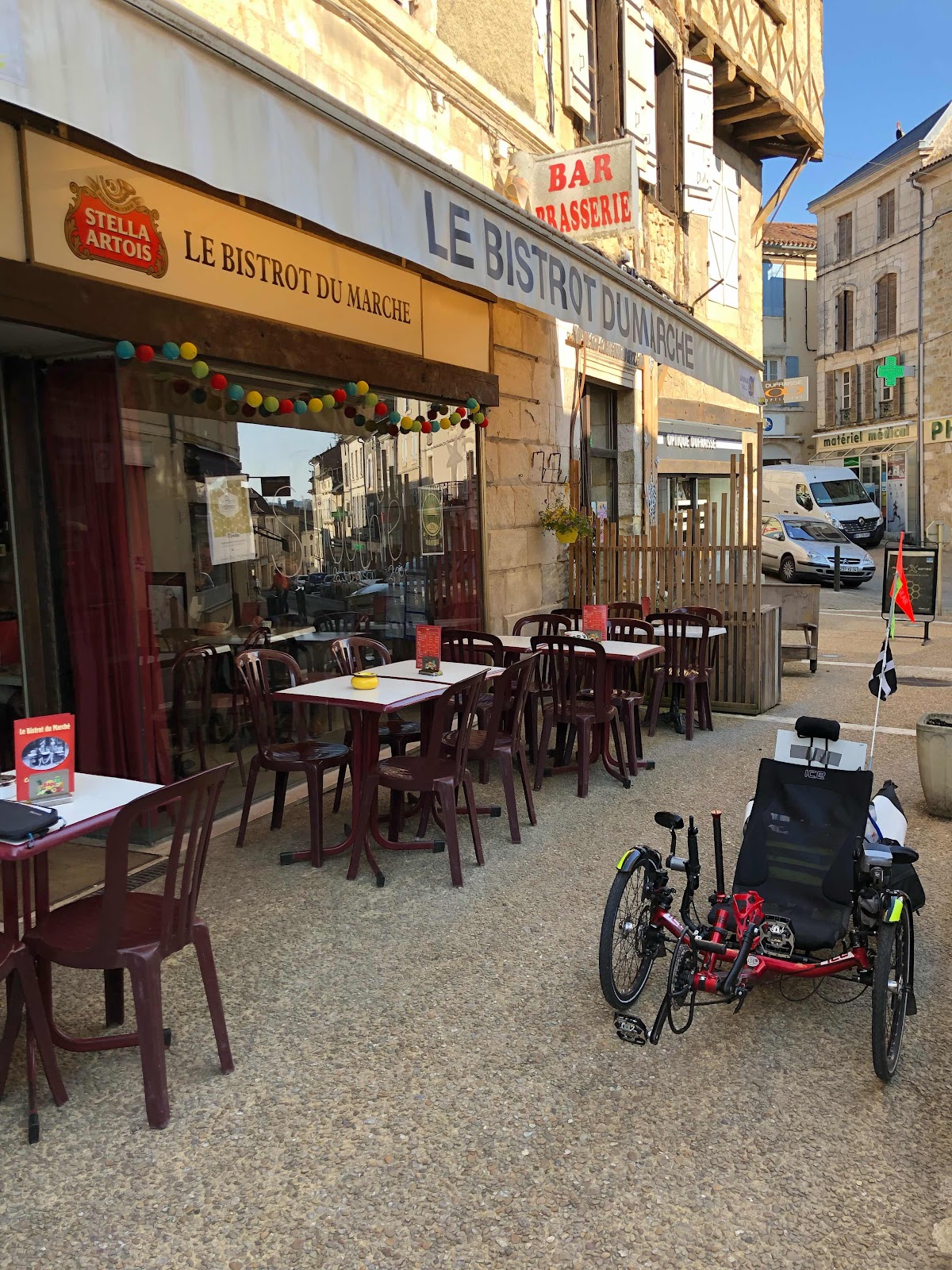 Here I met Brian who was chatting while I waited for my coffee and bottles of water to be refilled. Lovely chap who organises Wild West card games in the area and the money goes to fund clowns to go into French children’s hospitals. Nice guy and he gave me a donation!
I just want to say I’m having none of that British stereo type that the French are awful. It’s rubbish  I’ve had nothing but fantastic help and support on and off the road even when conversing with my hosts last night via google translate. They have been brilliant. 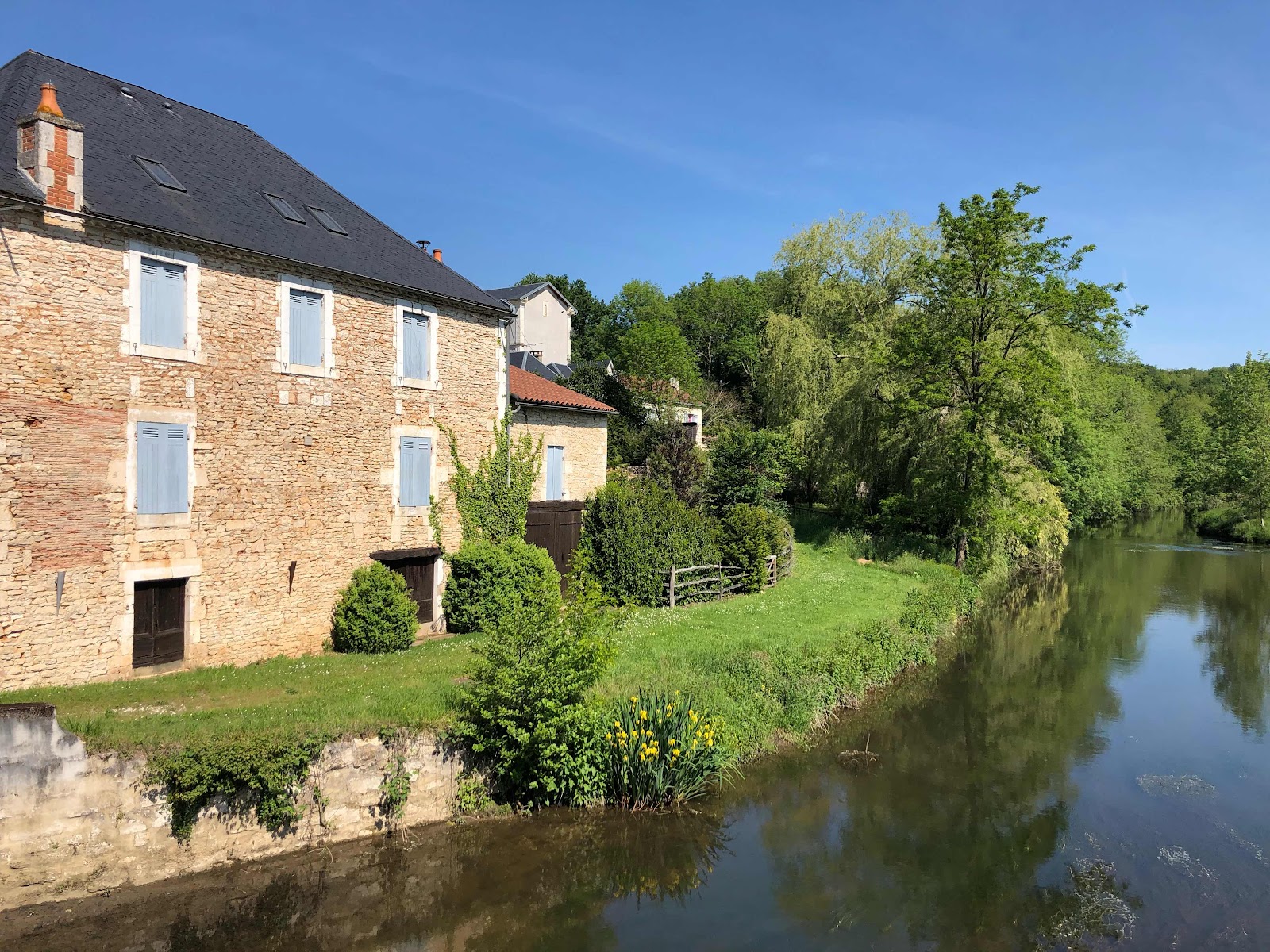 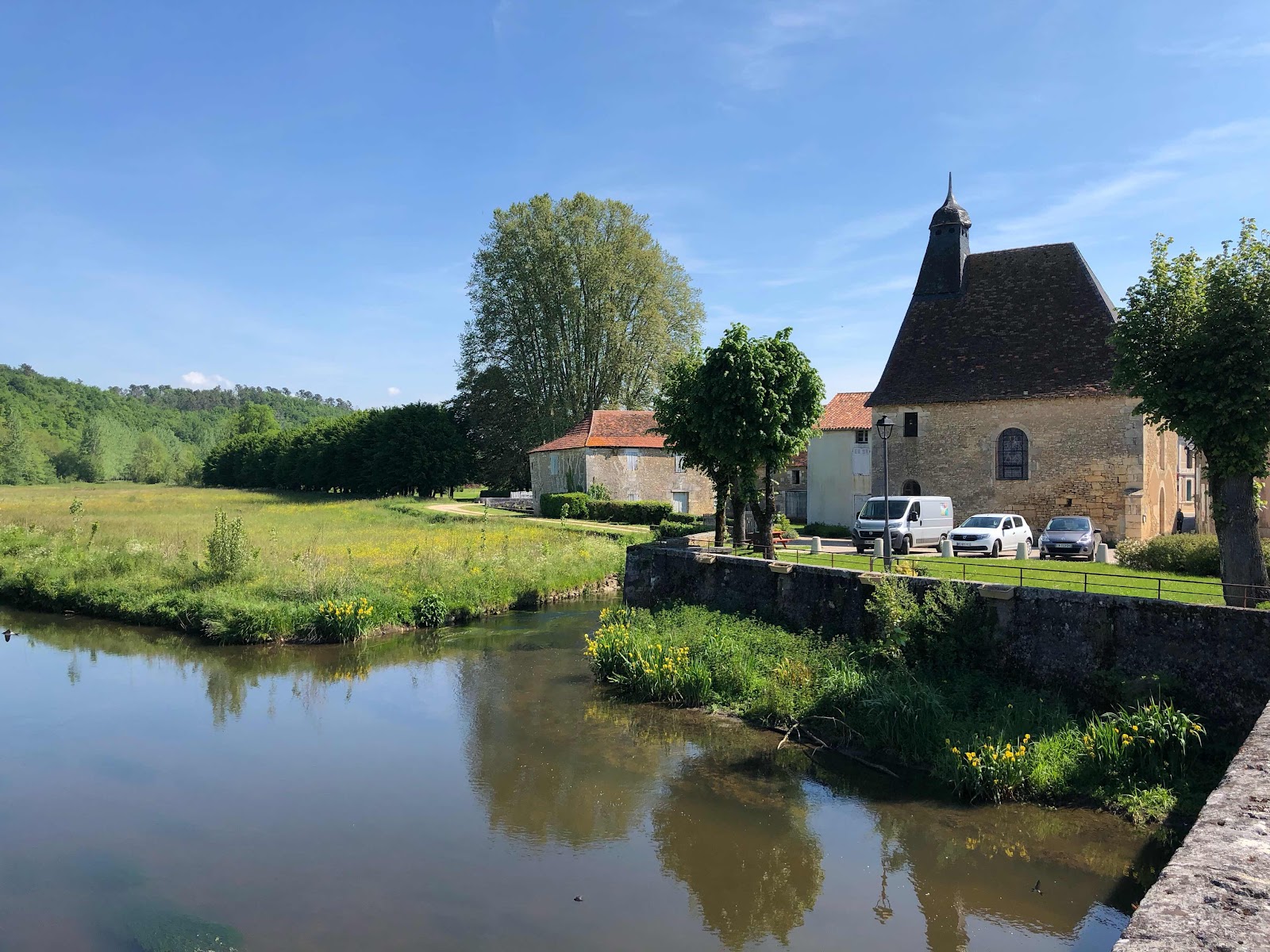 The first 34 miles took forever and some of the roads were the Devon and Cornwall type where they are not much wider than a car. They were tarmac but the sort where Mother Nature was reclaiming the central part and locals had filled in the pot holes with what ever they could find! Oh for a main road. The downhills were as bumpy as hell and at one point I was a bicycle again as one wheel was airborne! Warning noted and all others taken even slower, annoyingly.
Not sure what this was saying but I was extra vigilant 😉 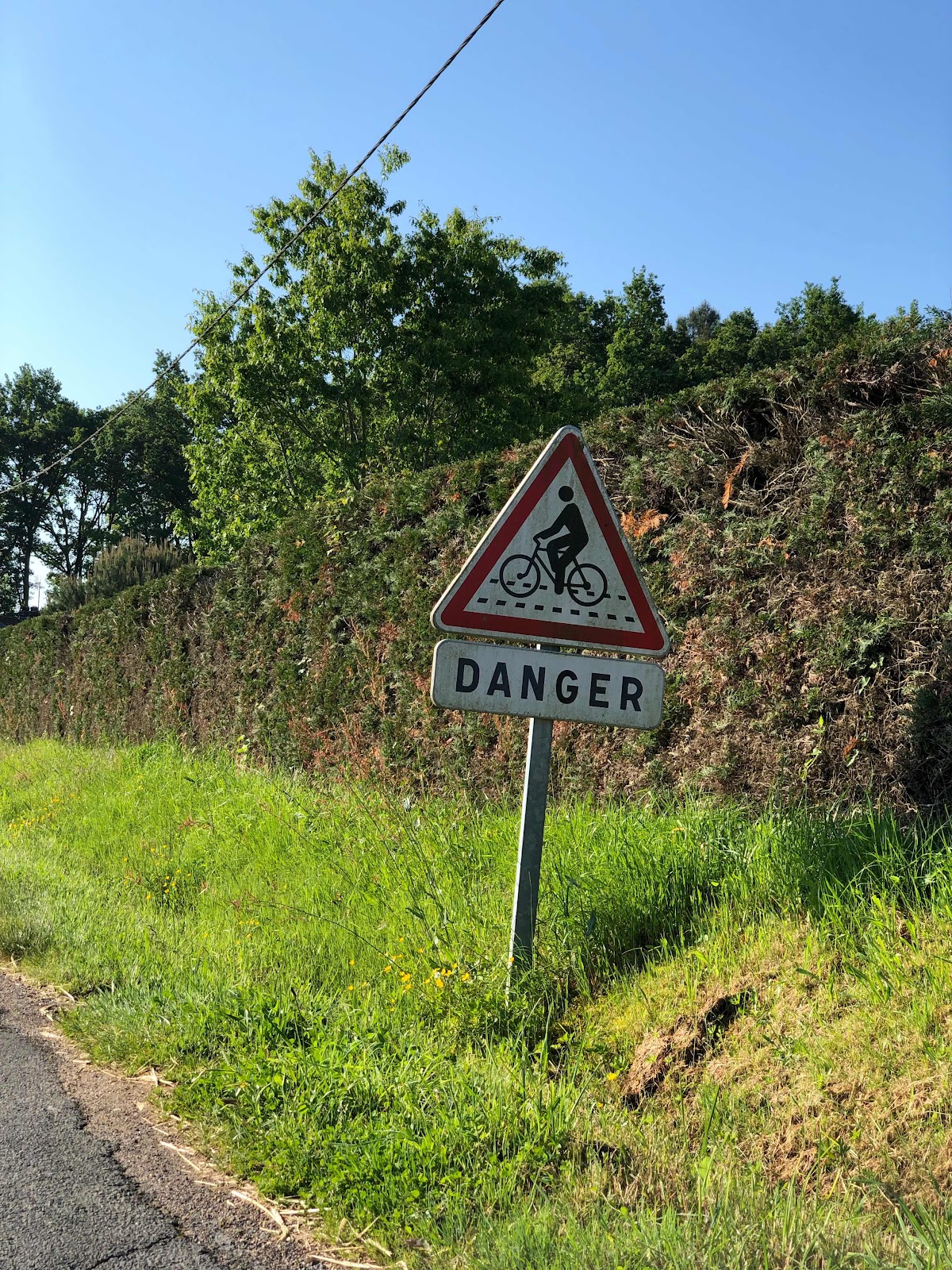 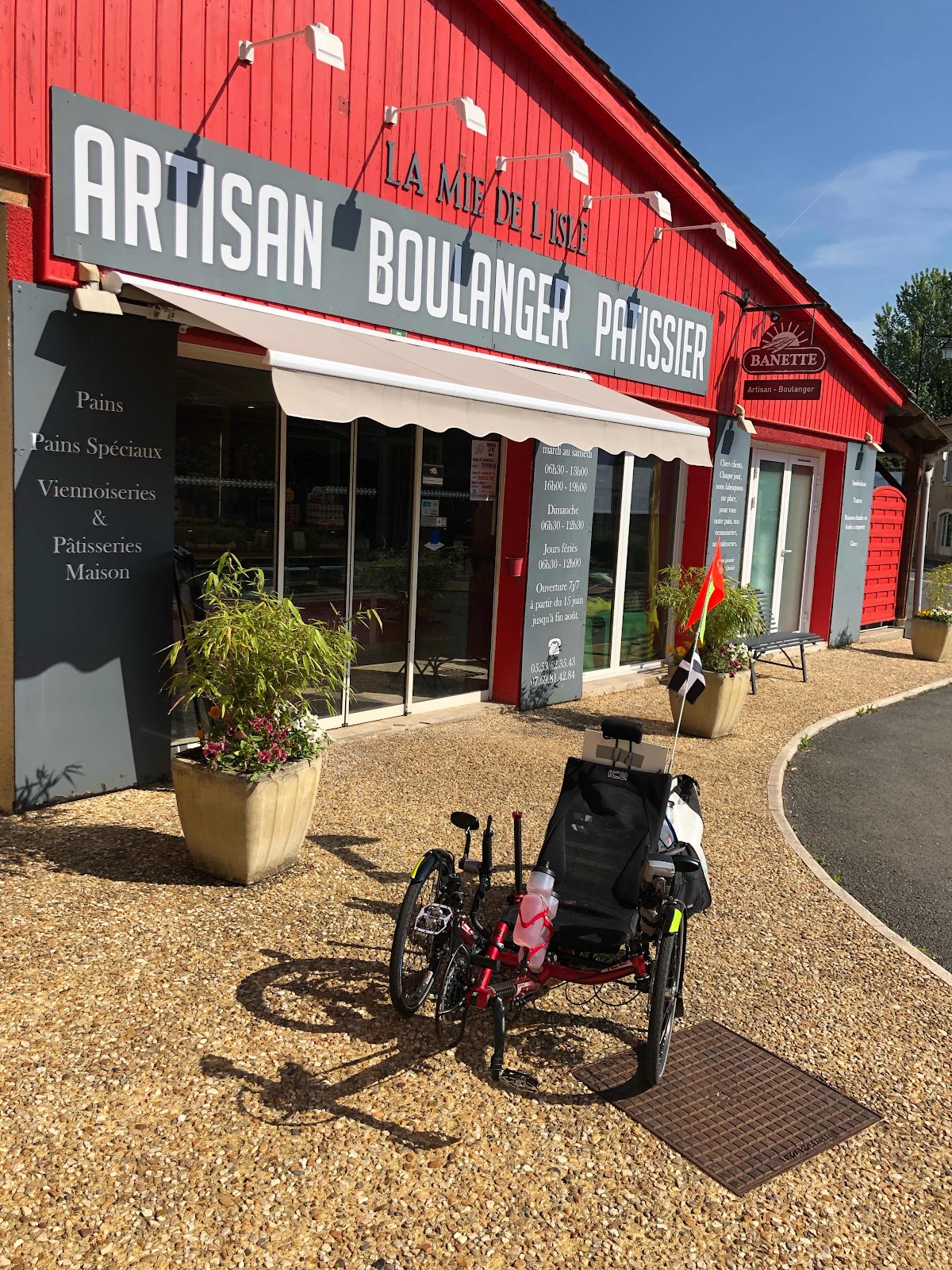 And this was odd a pedal railway ? Nobody on it of course 😂 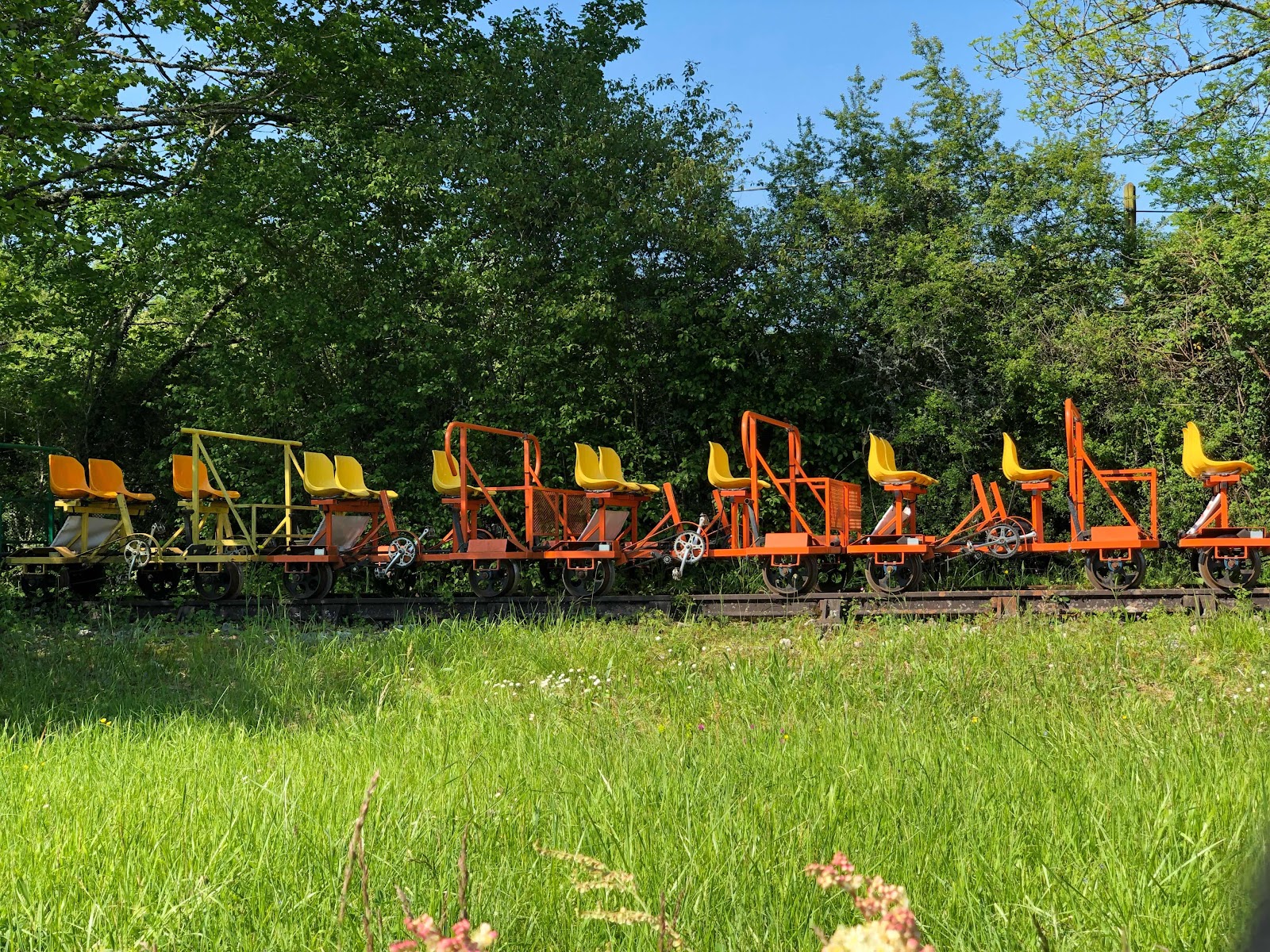 I did try a couple of side turnings that indicates cafe etc but the problem is they are often from another decade ago and now derelict. So best course of action is stop when you see something open on your road . More water. It was now a blistering 23 degrees (careful what you wish for ) 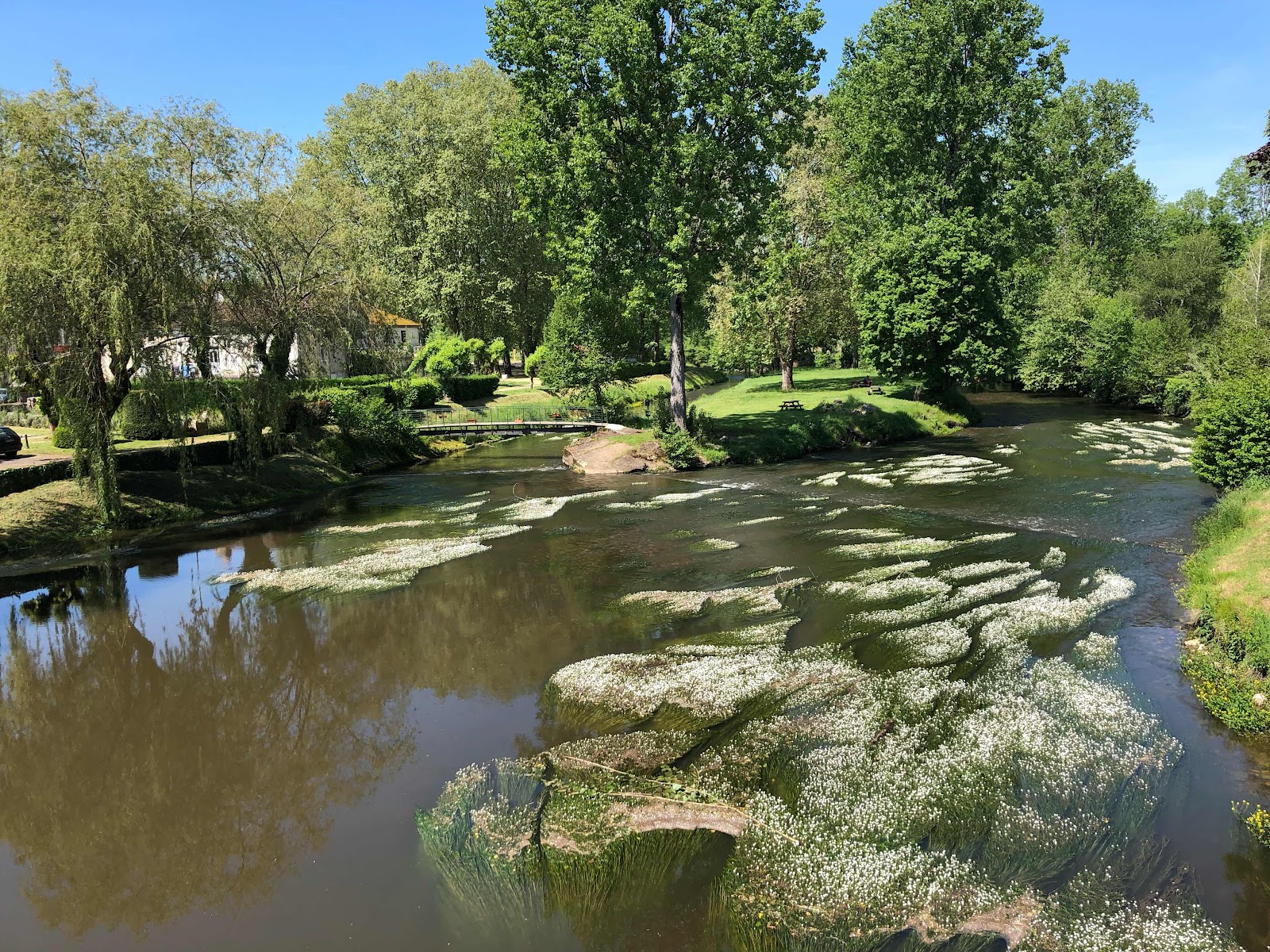 However I was now not sure I was so impressed with Jeff and his perfect sky.. more water 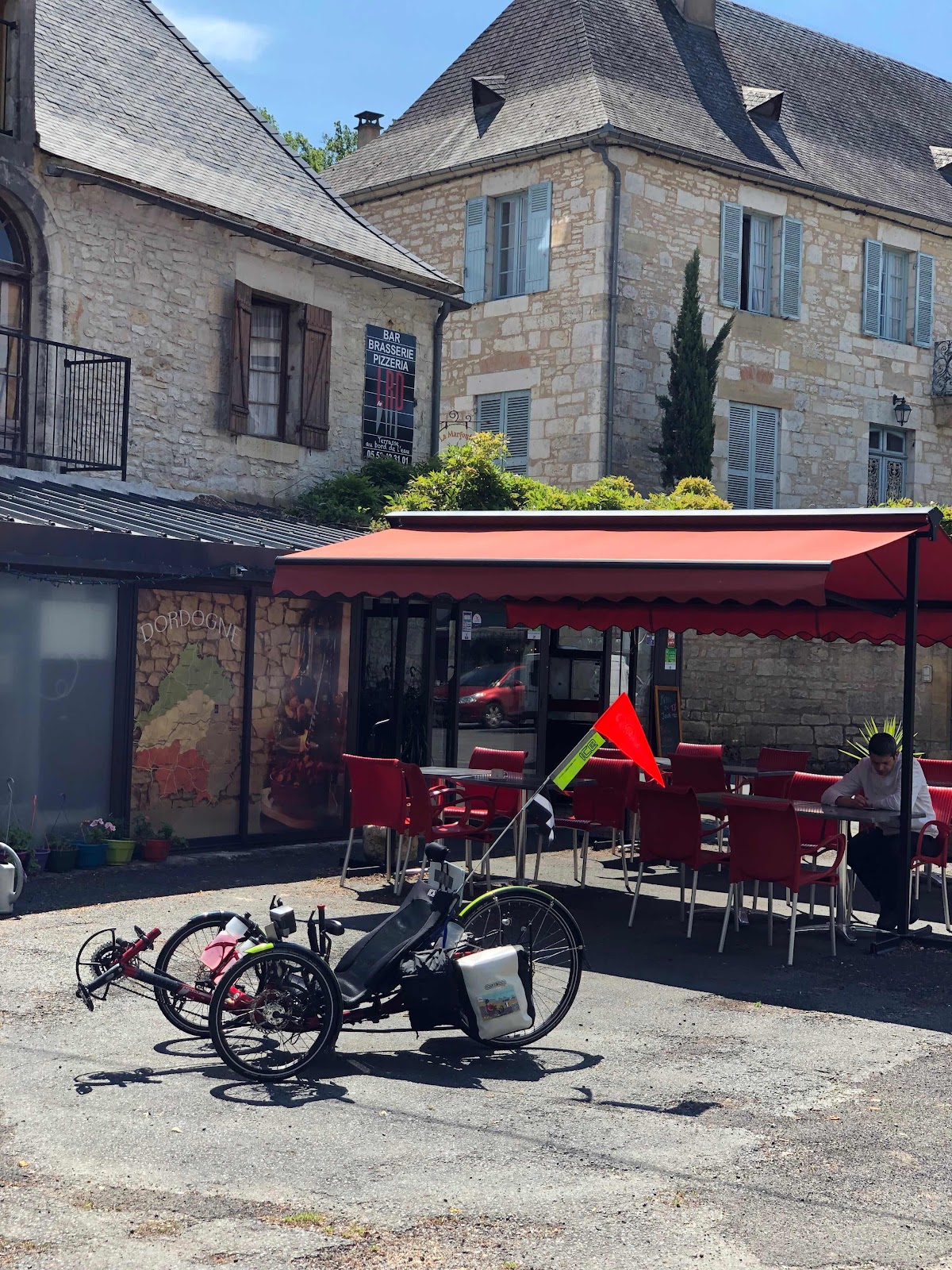 At last I was on a main road downhill....ok so this is where all the lorry’s are. They were good but nearly every vehicle was a lorry. ( careful what you wish for) Soon I was back off it in a valley and it was reasonably flat. 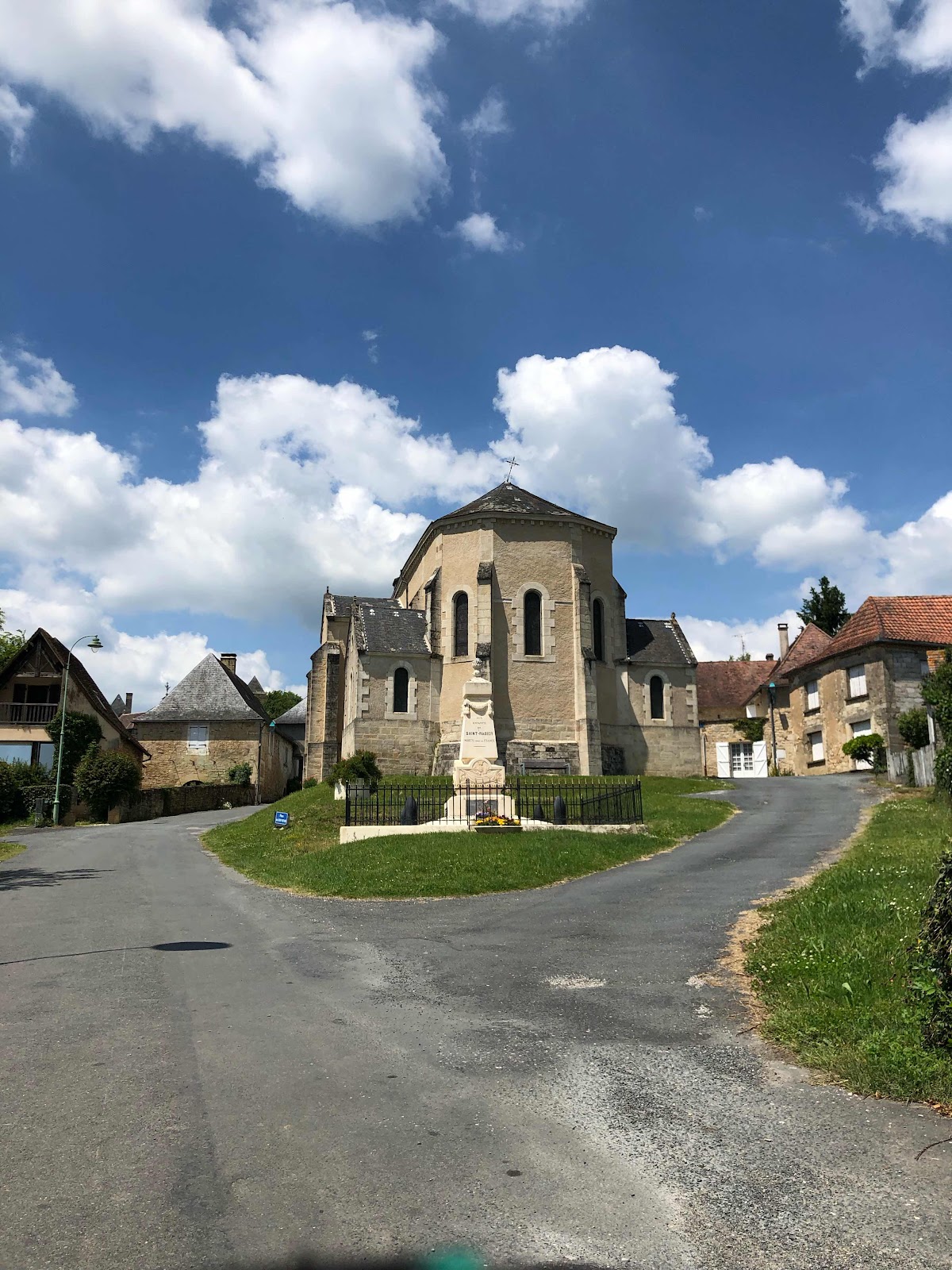 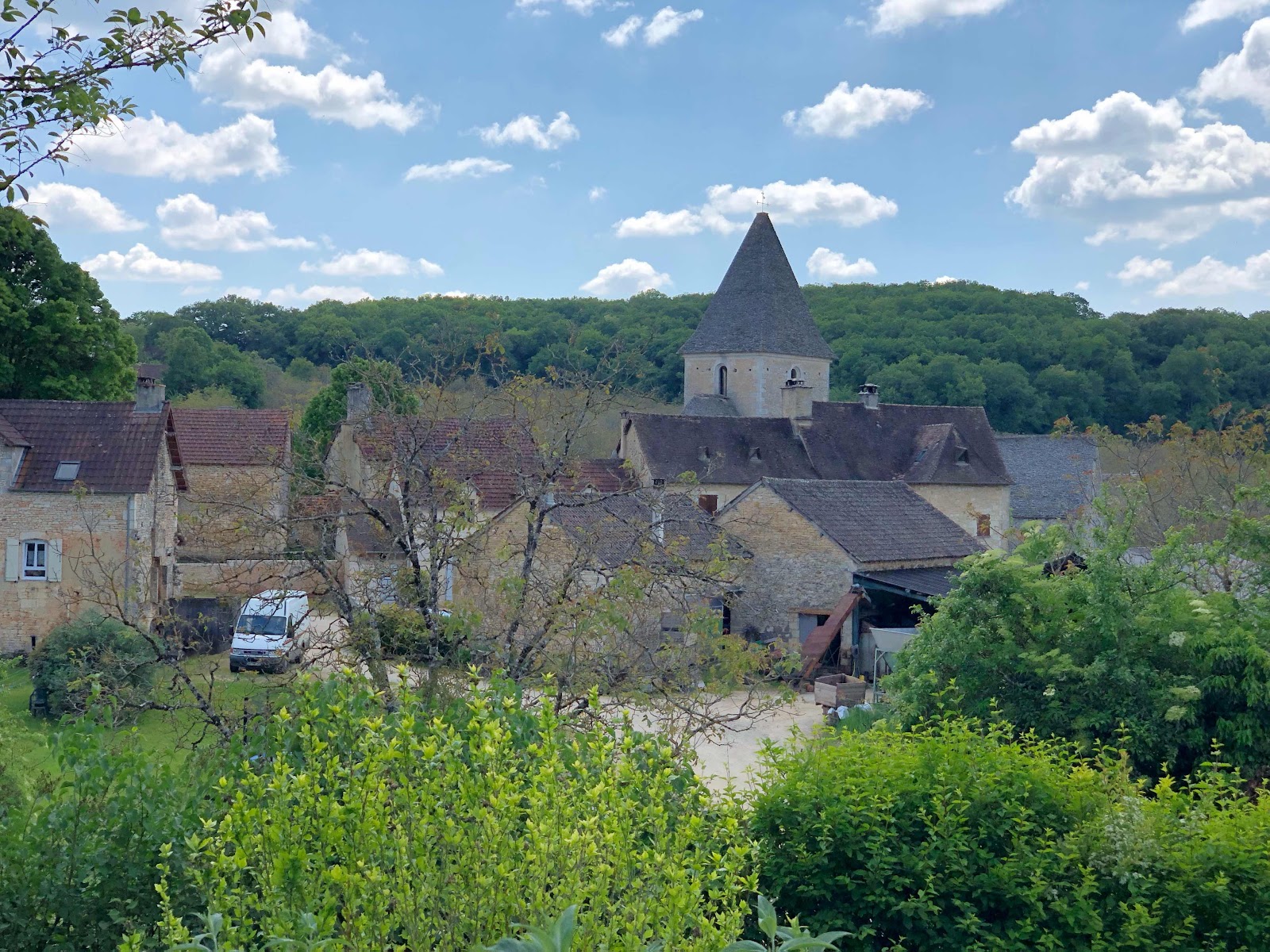 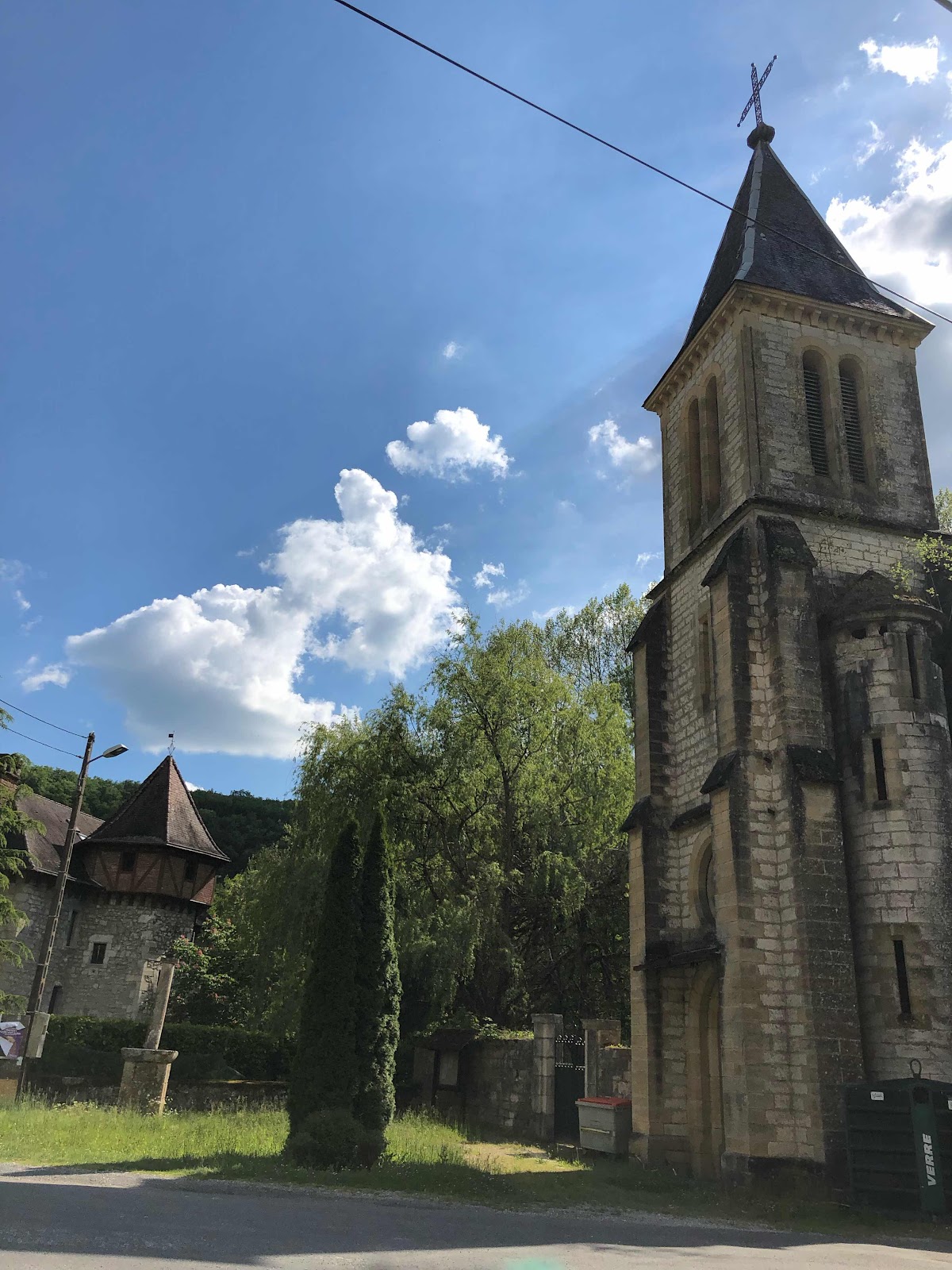 Like I say no chateaus today.
So where am I, apart from ‘half a world away’ the first song this morning . Legs are sore but they aren’t the main protagonist . That would be my right knee. That has but in a formal written complaint to my brain which is currently considering its position on the matter!! I’m hoping that I can dull it’s complaining with more iprobruphen. Hence the promise to Lizzie
So no hosts tonight but the cycle up to the address was beautiful 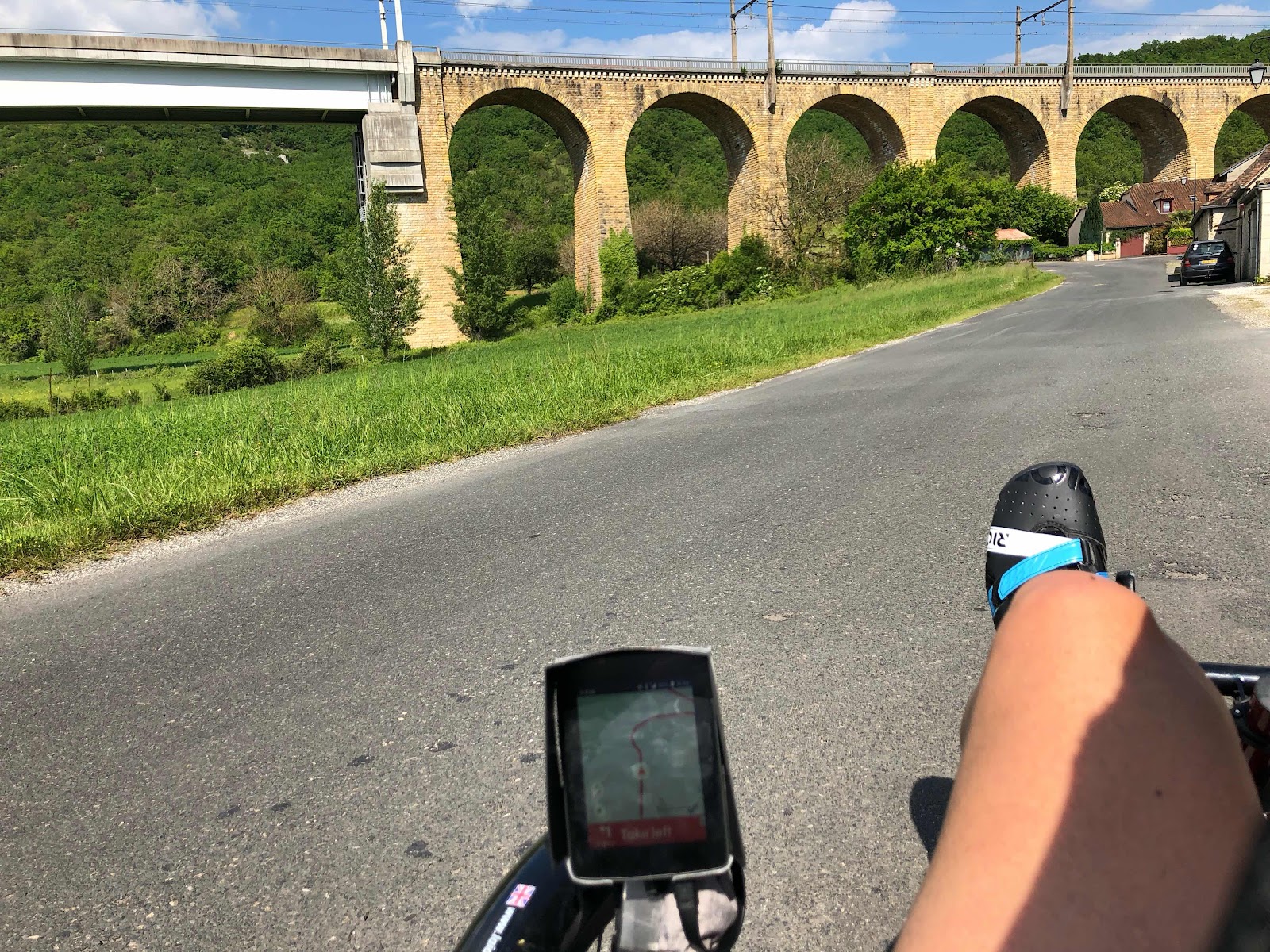 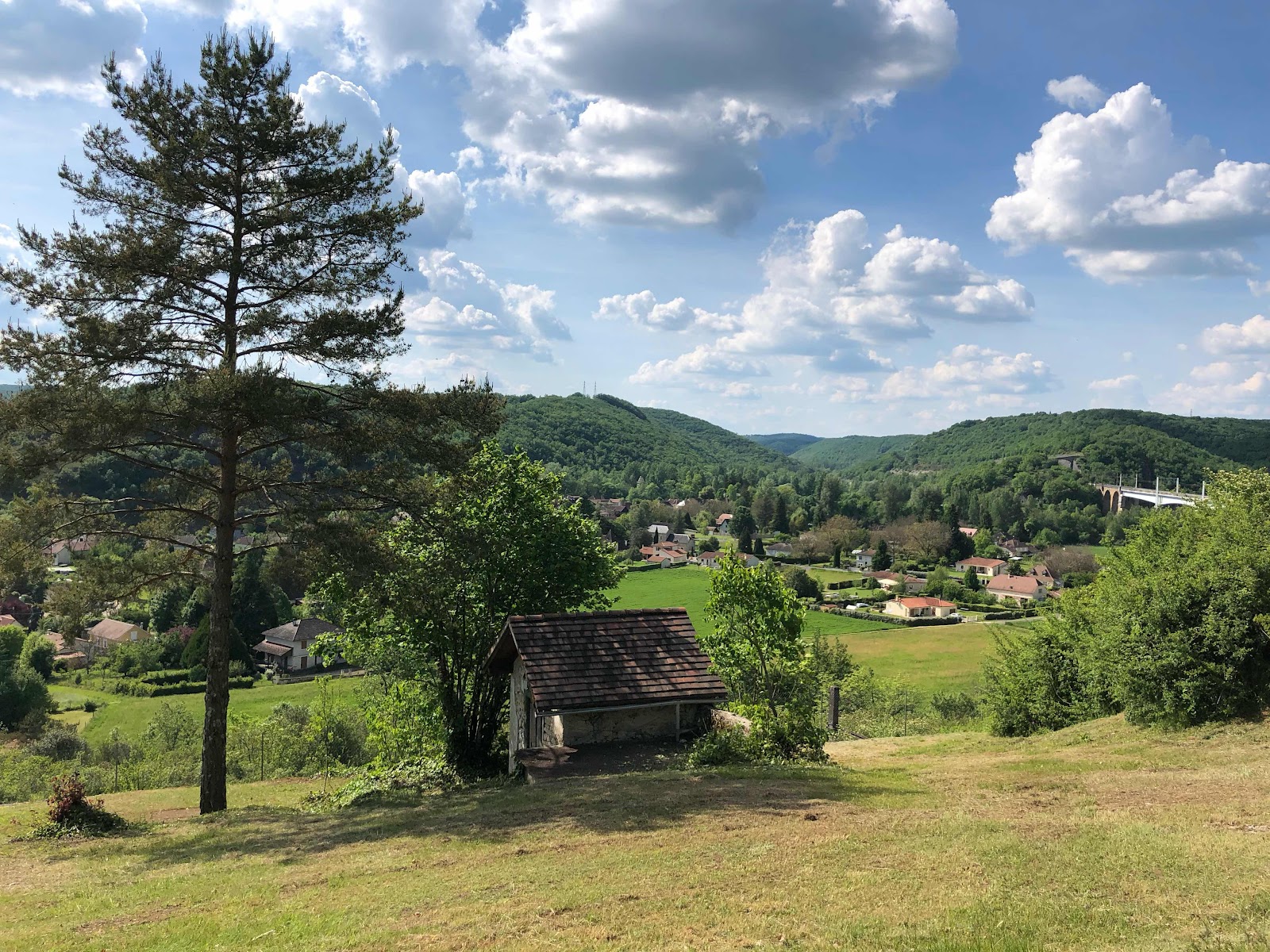 10 bottles of 750 ml today so as nobody’s here all door to the bathroom are open it could be a busy night .
TTFN 😉 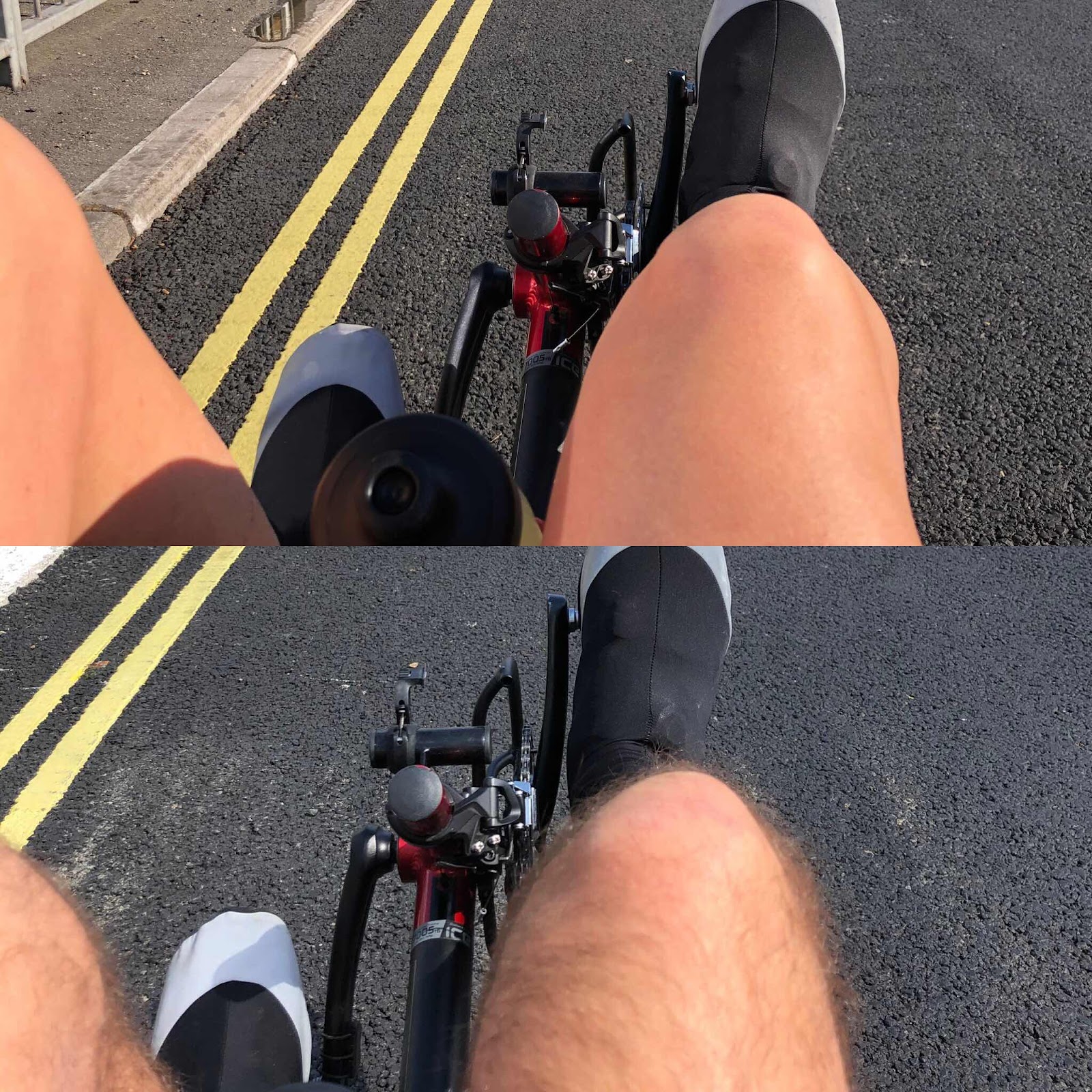