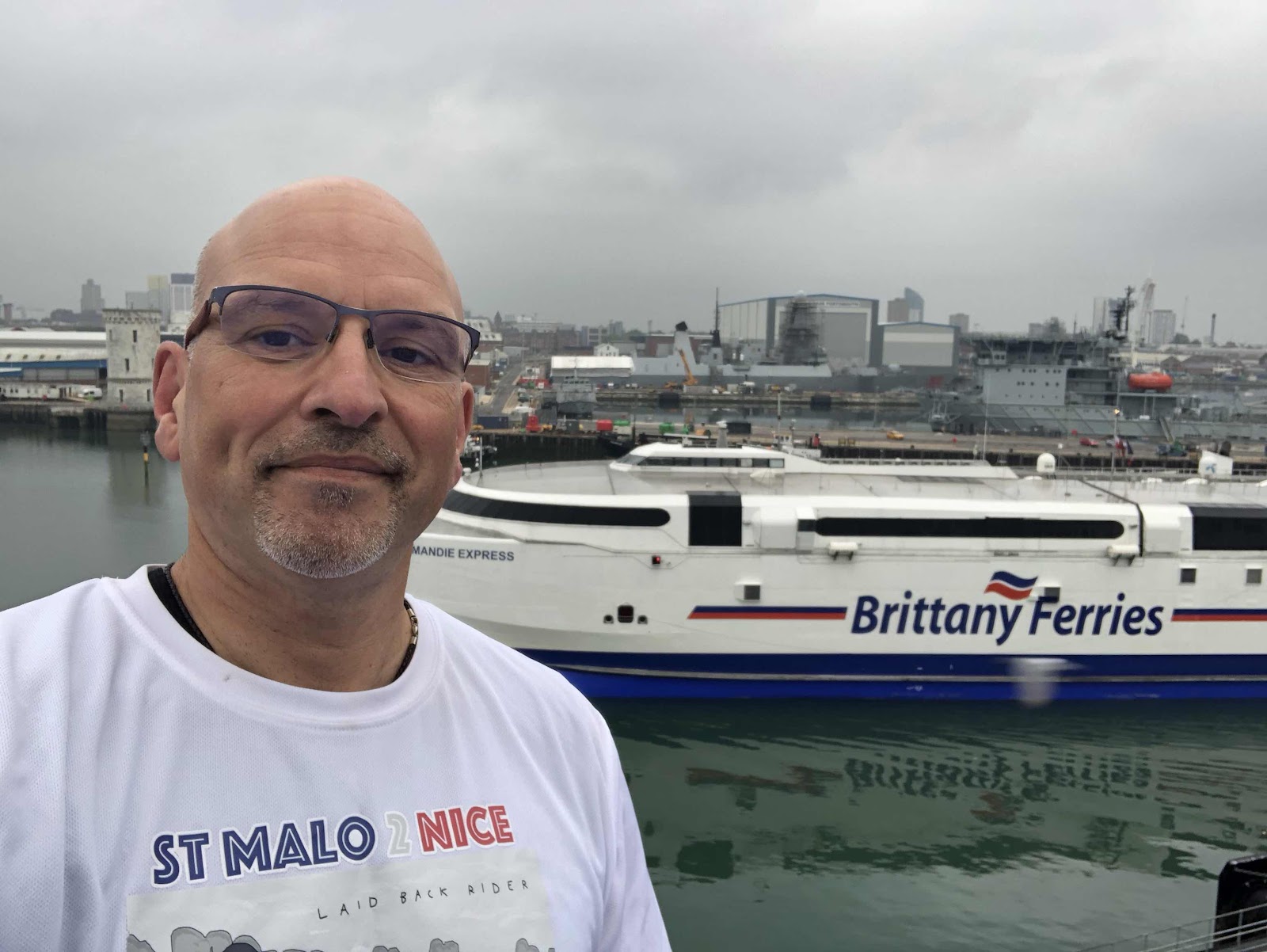 Leaving. Yup it is really happening... the reality of what I’m about to attempt is slowly sinking in . As I was waved off by family and friends I cycled off into the gloom of a Portsmouth evening. An omen maybe? Let’s hope not...
As I waited to board I was joined by about tweety touring motorcycles all chatting about their forth coming blast down to Spain and back via a few mountain passes. One came over “ long trip ahead eh. It’ll be hot in the summer round Nice, when do you hope to get that far down?” To which I replied “in 12 days time” the short silence that followed and the maths that appeared to be going on in his head resulted in him shouting over to his mate “ this lunatic is cycling to Nice in 12 days!!” I’ll never know if he worked out my rough daily miles or not, judging by the amount he was drinking in the bar onboard, I’m not convinced 🤦‍♂️.
This was then followed by another who had now brought his wife over.  Pointing he starts “my love”, immediately I could tell he was about to risk his own life or at the very least serious injury. He continued “this chap is cycling for 12 days all the way to Nice” he then began to gesture towards the back of the Trike..... oh know he’s going for the luggage... sure enough “ he’s got all he needs in those two bags”. (My bags are pretty small) He then swung round to indicate the luggage on his touring motorcycle. Now I’m no expert but if the panniers had been much larger I’m pretty sure they would have needed a red flashing lights on top and some wide load stickers.  Luckily I was called forward to board and never got to see the carnage that was surely about to follow.... .
So here I sit, grateful for being in the position to tackle this challenge, mindful of those who are less able and no longer with us. Hopeful that I can complete it .
Day 1 tomorrow let see what it brings 👍🇬🇧🇫🇷